The Cederberg is an incredibly beautiful mountain range about two hours drive from Cape Town. Its raw, striking beauty has inspired awe in Capetonians for years, and many of us drive up to camp, hike, climb and explore here!

The most accessible camping place in the Cederberg is Beaverlac, with deep pools, well-marked hiking trails, and plenty of space. But this post is about an area a little further out; Zooridge. A stark long ridge of rock shaped like a whole menagerie of animals, and a narrow valley winding alongside it, Zooridge is an uncommon and special landscape to spend a few days in.

Despite its beauty, we had quite an ordeal here! Just a 3-day hike in Cederberg, we thought we were in for a real treat. And we were! However, we were also in for 4 hours lying on the salt flats trying to dig our car out of the sand, a good few hours of getting lost, a very dehydrated walk in the baking sun with sunscreen stretched thin, and not one but three times having our little car pulled along by a tractor.

How to get here: The fastest route takes you through Paarl and Ceres and then straight north to the Zooridge Guest House

Accommodation options: Zooridge is on private property, so your best option is to book a stay at Zooridge Guest House with a group of friends, and then trek out and sleep under the stars

Is Zooridge a viable option for most people?

Zooridge is definitely not the easiest camping spot near Cape Town. You need to pay for the house even if you don’t use it, and only one group can go at a time. However, there aren’t a lot of safe, isolated places to go multi-day hiking, and this is one of them. You’ll be the only people here, giving you total freedom, and you could spend over a week trekking along the valley, surrounded by nothing but soaring red-stone cliffs, a winding river, and hardy vegetation.

If you want to take a break from normal life and spend time immersed in nature, I’d say this is a very viable bet.

I don’t usually write such personal-experience posts, but our Zooridge adventure was so crazy that I wrote this a while back, and I’m putting it down verbatim over here! If you’re looking for pure information, this post is low on it. You can check out our post on hiking trails in Cape Town for a more hands-on look at what to do. On day one in Zooridge, we arrived excited and fresh-faced, ready to take on the world. We’d packed sleeping bags, crackers, chickpeas and some spare undies – the camping classics.

When we arrived at the Guest House, our kind hosts offered to drive us down to the starting point – but we thought our little blue Toyota Corolla was plenty hardy enough. So we set off in that, and I clung onto the dashboard as we tottered over boulders and sharp stones. That is, until we came to a sandbank and got stuck. Stuck enough that after four rough hours of digging, revving, digging again, propping up with flat rocks, and so on so forth, we had to give up and leave the car there. It was in the middle of nowhere, so even though we’d be gone for three days, we could quite comfortably leave it there, and think about it another time.

We had decided we’d sleep under the stars, because it’s summer, so why not. Never mind the baboons, leopards and snakes and all (but really these are seldom a concern. It’s just that we ended up seeing a lot of panther poop, and spent our first night on a platform very recently inhabited by baboons).

That first night Glenn fell asleep in minutes, and I was left alone to listen out for every howl and whistle… when you’re not closed off from the outside world, it’s amazing how many sounds there are.

And it was really incredible when the moon came out. It was so bright I could see everything (still very much awake, about 3-hours later). But before that handy light-aide I must admit, every sound made me feel like a leopard was about to pounce at me. And I’d have to burrito myself and Glenn and roll us off the cliff into the water… not the best safety plan, but maybe not the worst?

Of course, there was also the rain. While just a light drizzle, it made me feel freezing. Glenn was snug as anything, snoring away. I honestly don’t know how it went so differently for us, but I experienced the four seasons of unbridled nature that night, while Glenn was tucked away on some lovely dream-frolic. On the next day I felt a little worse for wear, with some blisters and sleep deprivation. But we were surrounded by beauty and an exciting new day had started! We were going to trek through the canyon in search of the natural pools we’d been told about.

We packed all our stuff up after a good breakfast of crackers, cream cheese and apples, and set out!

The trek didn’t take us very far if I’m honest. We walked for about 3 hours before settling at the first pool we found. What can I say, we were excited to pull a full Adam and Eve and enjoy our lazing about. Because that is definitely the best part of hiking somewhere little known and little visited. You actually get to be naked and feel like a full-on earth creature.

So that’s what we did, we reached the little pools, took off our clothes, and proceeded to spend the day chill-chilling. We read our books, ran around and splashed, and played backgammon, stretched out on the hot black rock. And we gathered firewood, waving to each other across the canyon, feeling naked and free and full of sun-warmed goodness.

We sat, legs dangling over the little cascade, while we munched a lunch of crackers and chickpea salad soaked in lemon. Filled our water bottles from the running water and drank deeply. Ran off every time we needed to pee, to squat (well, I did) at a comfortable distance from our campsite.

It was a pretty perfect day, and the Adam and Eve activities went swimmingly.

That night I actually did sleep well, despite the suspicious leopard stool four meters away. Partially because this time we were sleeping on a teeny sand bed, rather than rocks. Thank goodness! Theeen the next day, after Day Perfect, we had to get back to our sad broken down car, and past it, to the farm a couple of kilometres further, where we’d set off.

We packed up the goods, sadly put on clothes again, and began strong. We were doing great, looping back past that leopard kill that had freaked us out the previous morning, learning from the last day’s route-plotting mistakes, running slowly out of water.

And you’d think we’d be able to fill up our bottles again, being that we were trekking a riverbed. Especially because that’s what we’d been told. Hence the measly 750g of water we had with us.  But past our Day 2 camping spot, the water was stagnant and undrinkable. So we took little sips, saved up our last apples for later, and quickly arrived at our first night’s camping spot!

From there, it was an hour of 45-degree-angle clambering up the side of the mountain to escape the chasm we’d strolled down 2 days ago. It went surprisingly well, and we were just busy congratulating ourselves on our impressive clambering skills, when we realized the cairns weren’t quite adding up.

They were leading us astray, and we ended up wandering around for two hours, trying desperately to find the one gap in the rocky monoliths that led out of this side of the ridge. We quickly discovered that each rocky hollow looked like an exit until you came right up to it.

Finally, we did find our way out – I’m still not sure how, because I swear we doubled back twice and were no closer to getting out until we were actually out, standing on the other side of the rift. With giant rock formations like great frozen animals around us (it’s called Zooridge because the long ridge of rocks is made up of very animal-like shapes. And one distinct phallus, but that’s neither here nor there).

From there it was only a little more ‘oh no we’re lost again’-ing, and an on-the-move apple eating. We found our way out of the greater ridge after another 2 hours, trekked across the flats, and back up to what was meant to be our landing spot. Of course, the car had broken down, so it wasn’t the end. But it still felt like a milestone.

Made it to the car!

By that point our water was really low. The rest of the trip was just a walk across white sand and salt flats to get to our car and then beyond.

When we reached that very unfortunately stuck car we poured the water that had been sitting in the boot for literal months over ourselves. Sooo good. It was too dodgy to drink, but it did make us feel a lot better under a sun that beat down at 35-degrees Celsius.

We could continue pleasantly soaked, and did, leaving the car that would have done the job in 10-minutes with a sad stroke.

It took us another 2 hours to reach the farmhouse, the whole time of which was spent dreaming of water, discussing the beauty of water, and just general water-related hopes and dreams.

The old couple that had helped us break into our car after Glenn forgot the keys in it (a whole different story), was there, happy to help again. We gulped down three glasses of icy water and juice each, took our truly rank shoes off outside, and waited for Koos, the husband, to get home with a tractor. The end of one crazy multi-day hike

Long story short (well, shortish) we ended up getting a lift back to the car on a farm tractor, and pulling the car out twice along the sand, and then when we’d hit the rocks, it blew a fuse. So we called on the faithful tractor yet again, and had it pull us back to that kind helpful couple.

There (after another glass of juice – thank you kind angel-woman) we fixed up the car to the point where we could drive it as long as we didn’t rev too high. So we drove back in the dark at a comfy (not for Glenn, who drove) 70km/h.

Towards the end there, we’d both started to crack a little. Still, we felt pretty proud. We’d survived a multi-day hike that was a lot more than we’d bargained for!

And while it took our scratched-up legs over a month to heal completely, and we went without a car for weeks while it languished at the mechanics, I’d do it again. In a heartbeat – because as an alternative to spending my weekend watching series, it was pretty great.

Besides, I walked away with the start of a pretty good full-body tan.

So, that was our very difficult but very worthwhile experience of Zooridge! If we do it again, and I hope we do soon, we’ll be a lot more prepared for it. But as long as you have plenty of water and sunscreen and a car with high suspension, you’ll already avoid the pitfalls of our little adventure! 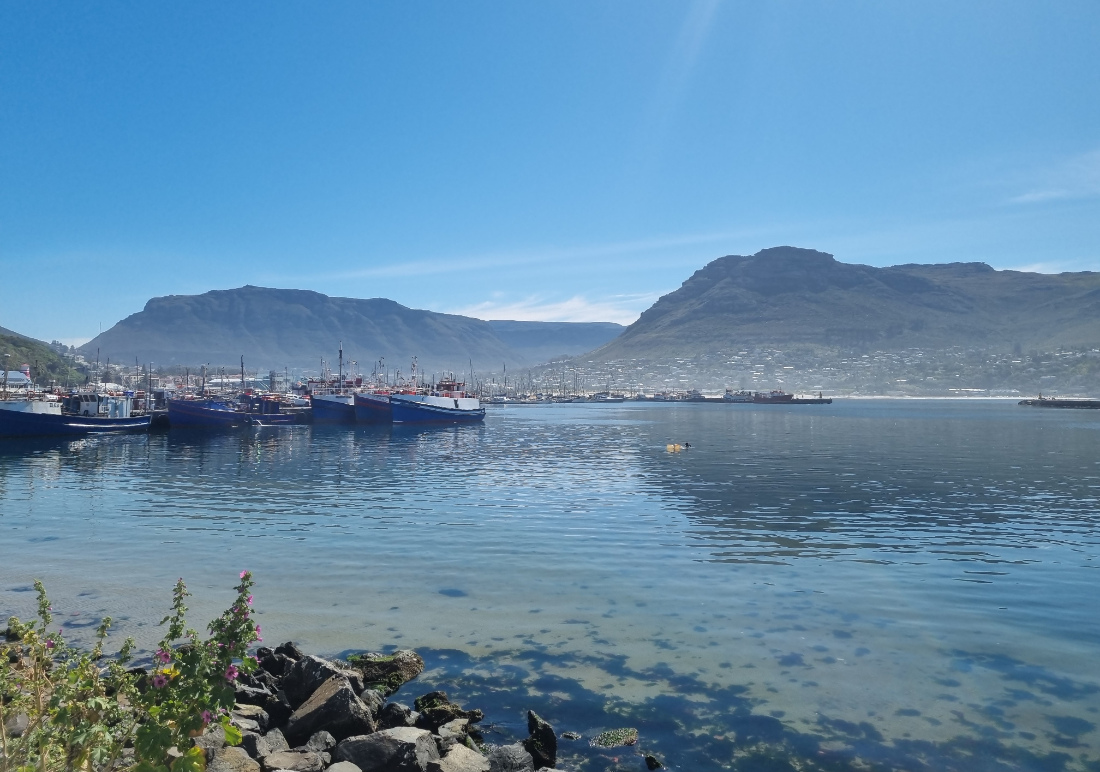 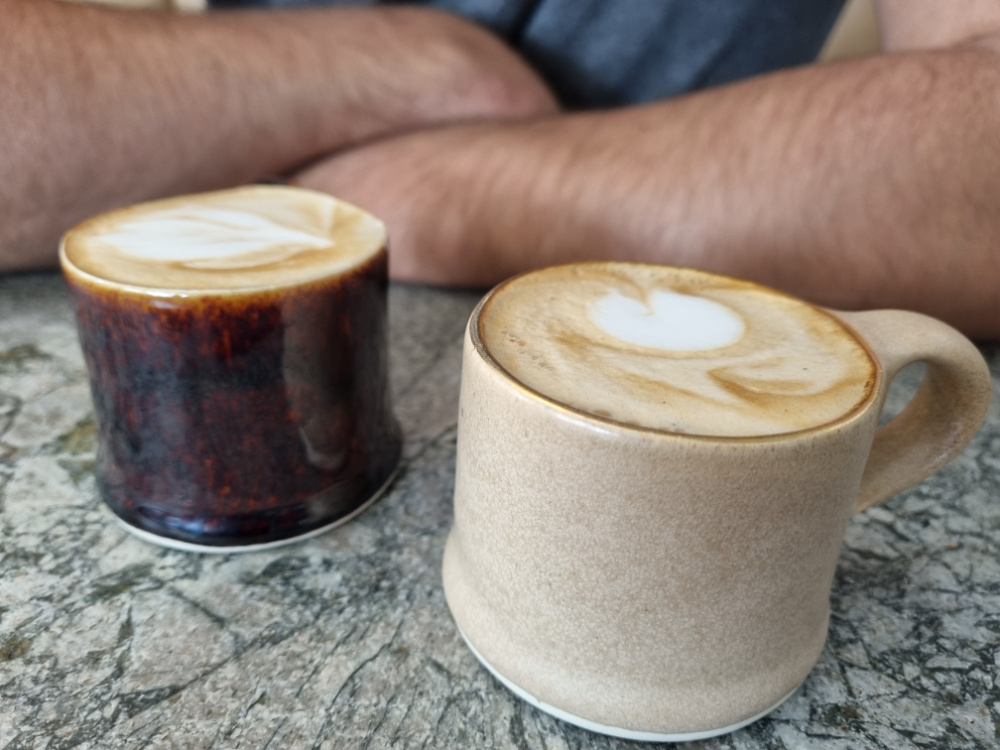 Entrepreneurs & small businesses in Cape Town | Where to find them

Get notified about new articles